Some folks say home is where the heart is. For a traveling soul, a modern nomad, nothing seems to ring truer than this. Venturing out and about when there’s a feeling of being taken care of and resting in the sense of being home in oneself, it is easy to feel at home anywhere. Nevertheless, there was something that brought Norwegian Anette to Ängsbacka besides her heart. She takes her time to reflect as she speaks slowly about how her travelling life has taken her to Ängsbacka several times over a good handful of years, and how she has landed here now for the foreseeable future.

She came here for the first time to attend a chosen workshop during a festival and just stayed on. She quickly found a sense of belonging here, and the common guidelines and culture around the Ängsbacka community really spoke to her as a way of life. From volunteering at different festivals to working full time as a coordinator she is deeply integrated in the course center and previously lived “on campus” with her 4-year-old daughter. 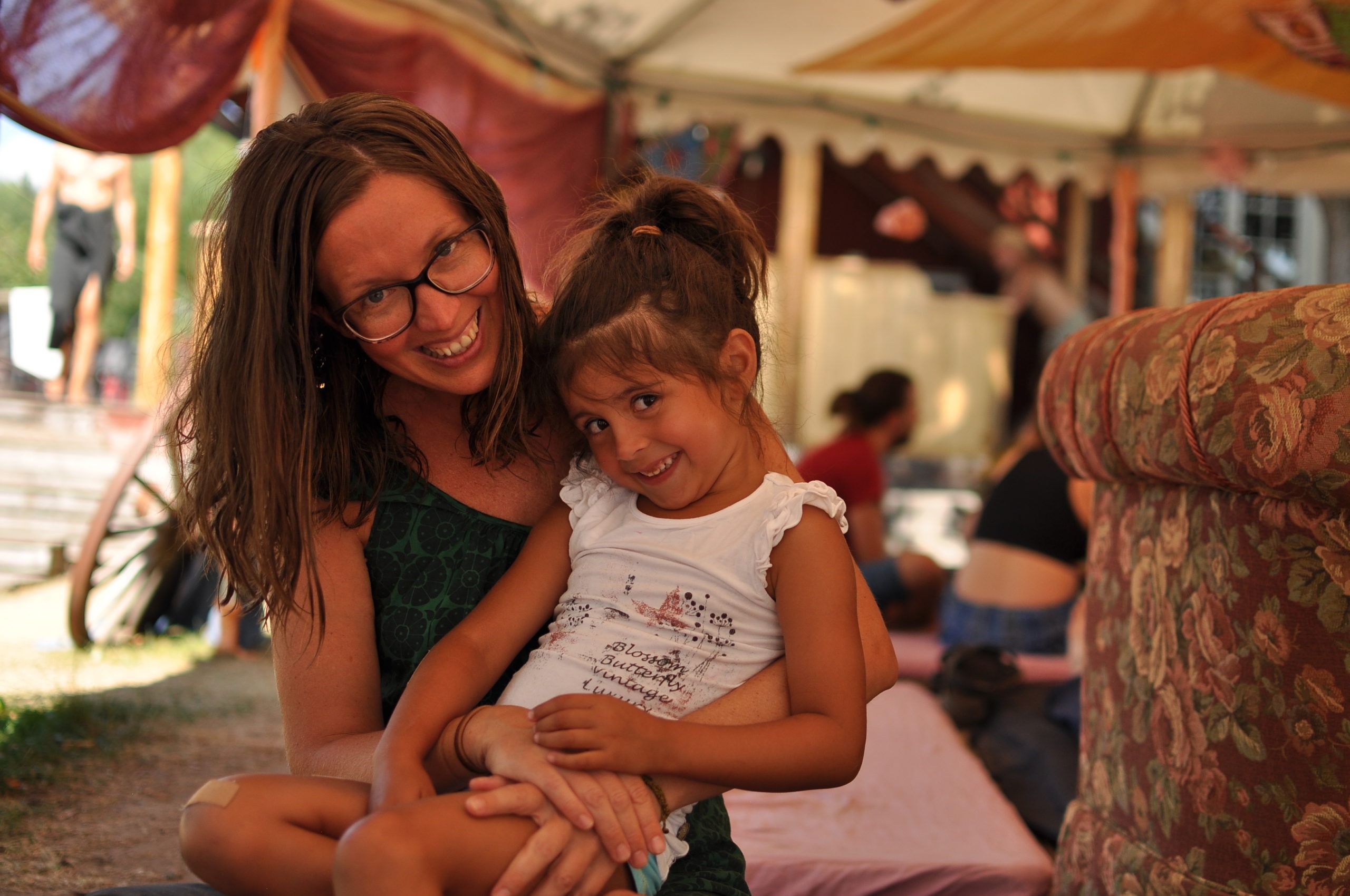 She looks content.
There seems to be a calm quietness about her that emanates from groundedness rather than shyness. She takes a longer silent pause before she goes on talking about how she can’t seem to put her finger on any unmet needs of hers when living here, except perhaps the need for space and silence.

“The festivals can sometimes be a little overwhelming and there are times I long for the off-semester, where the tribe comes together and we all calm down a little…”

She talks about how she is somewhere in the middle between the “volunteer community” at the course centre and the extended community living in and around Molkom and that she feels support and friendships across the board. As she gets prodded about her choice to leave Norway with her daughter, she doesn’t hesitate to talk about Luna and how Luna’s future and growth is the most important aspect for her. There was a need for a conscious community where she feels that her daughter gets interactions that supports her way of life. As she became a mother there was a few years she spent back in Norway but being a single mom in the city felt a bit lonely and she missed the community feeling she had experienced being at Ängsbacka.

The kindergarten though was the biggest pull factor as she was sitting in Norway contemplating the future. Not feeling fully supported in her choices in child-care in the average culture back home, the ideals held by the Bakka kindergarten and the plan to create a school based on the same principles was too tempting to pass on, now that she had someone else to look out for besides herself. She packed her bags and became an Ängsbackatarian once again. Anettes feels she is never truly alone here and how there is always someone to reach out to. Self-growth seems to be a continuous theme, and she warmly speaks about how she now has people around her to reflect back her projections and judgments, which is one of the main keys for her personal growth.

“Luna came home the other day talking about her feelings, using words I’m pretty sure I’ve not taught her myself. It feels so good having a greater system that supports my way of life.”

She looks towards the house with her room where her daughter is still asleep. There’s a sense that this little girl is deeply loved and being taken care of. We share a few stories about children and boundaries and how the fear of judgements by others so often can limit us and make us doubt that gut feeling that we’d like to trust. I know we both share the feeling that there is less of that fear here, that there is more space and trust for us as parents to feel into our own truth and get support for that. There’s an unspoken agreement that growth is ultimately limited by the common lowest denominator around us, so as parents we are obliged to do our best to create the most encompassing space for our children to be able to flourish. And for this we need a community. It takes a village to raise a child. 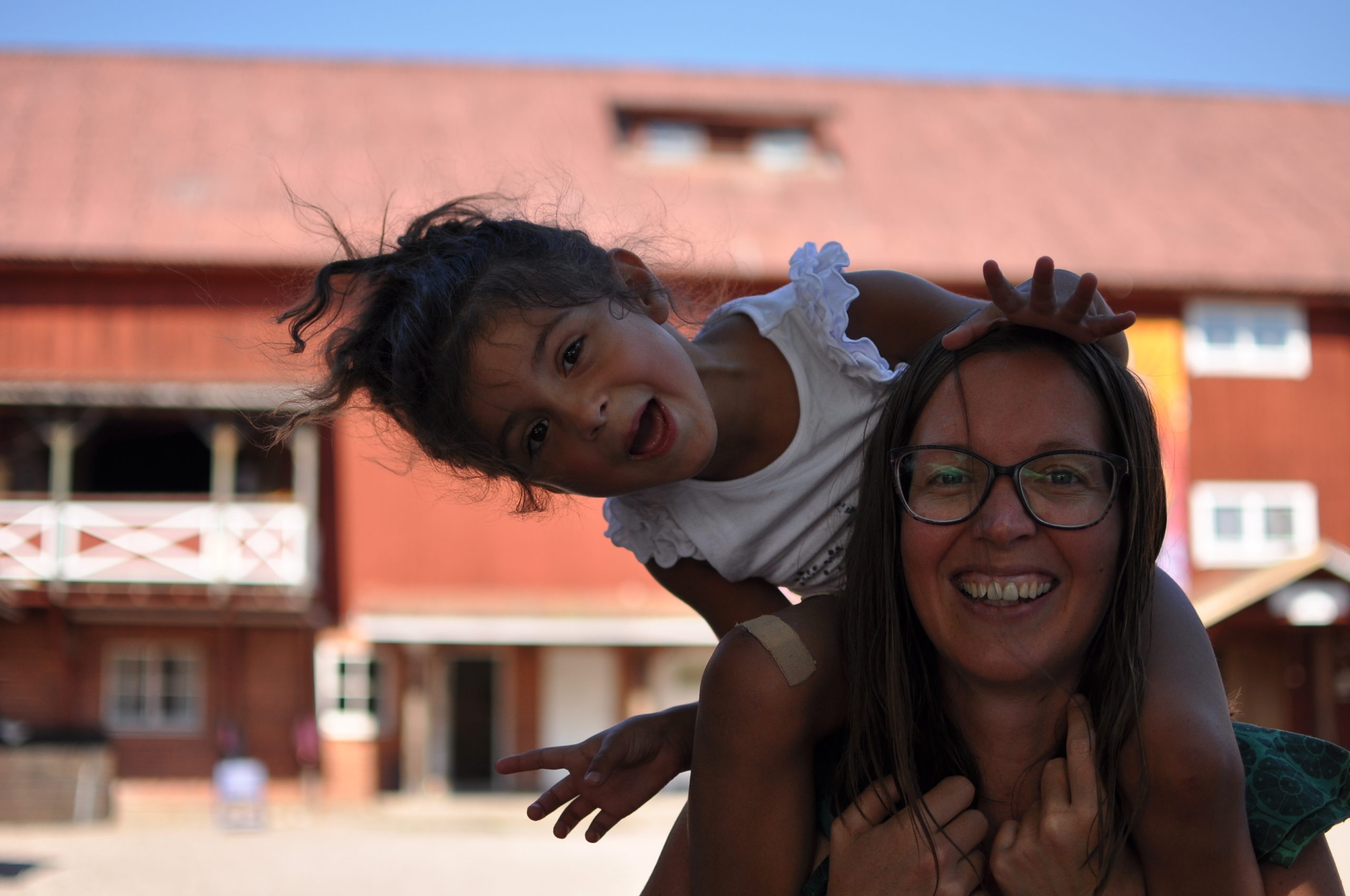 Go back to the Community Stories