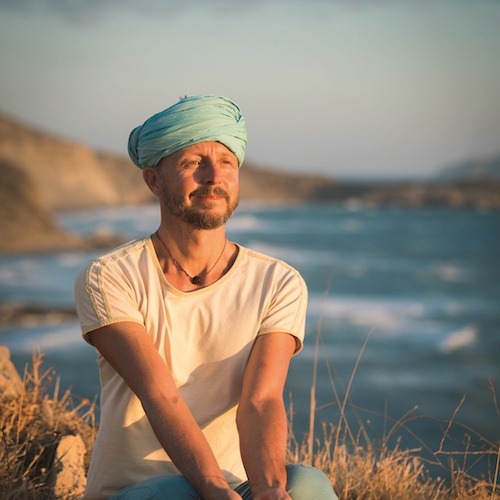 Sky began his yoga journey in 1990 after the death of father inspired him to follow his heart and live life in a balanced way. Influenced by Hatha Yoga, Kundalini Yoga, Ayurveda, Iyengar & Qi Gong. Sky had the great fortune to study Ayurveda with Dr.Vasant Lad, further influencing how the yoga expressed in his heart. In 2001, Sky met his Guru, Swami Vagishananda, in the lineage of Pujya Swami Dayananda Saraswati, & continues to study Vedanta, chant Vedic Mantras & relax in fullness.

"Rest is the Best for the West."